TU Delft ramps up for a national Research Center on Electroceuticals 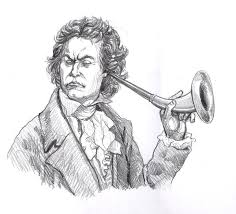 At the annual general assembly of the Delft Research Center on ICT (DIRECT), we proudly presented one of TU Delft’s faculty flagship projects “Beethoven”. Beethoven is a technology-driven research project on electroceuticals that aims at the design of a flexible brain implant for the effective treatment of tinnitus.

Tinnitus is the perception of sound without a corresponding external sound. It is often called “ringing in the ears”. Quite a few people suffer from tinnitus, either to a minor extent (10% of the world population) or to such an extent that life becomes difficult (2% to 3%). For the latter category, quality of life is severly hampered as these patients suffer from anxiety, insomnia and often depression.

A neurostimulator is a kind of electroceutical, viz. a device that treats patients by means of electricity. In Delft we are convinced that electroceuticals, the electrical counterparts of pharmaceuticals, will become the mainstay of medical treatment. They will become the medicine of choice for treatment of a wide range of diseases, repair lost or impaired functions and restore healthy set points in a wide array of physiological balances.

The unique angle that TU Delft takes to the development of electroceuticals is that it focuses on the use of silicon as a base material for these devices. Silicon, the second most abundant element in the Earth’s crust, is already used for many years as the material of choice for electronic transistors and other electronic elements. As such, it can be used in electroceuticals to measure electrophysiological signals from the body, to stimulate tissue and to control the implant. However, it also offers excellent possibilities for the creation of electrodes to interact with human tissue, for the creation of a Li-Ion battery foil to store the energy harvested from a silicon-based antenna, the latter which also doubles as a transmitting and receiving element for wireless communication with the electroceutical. Moreover, silicon is also nicely biocompatible.

The plan of Beethoven is thus to design a flexible cortical implant for the effective treatment of tinnitus, using a polymer as a substrate and silicon as its base material. The research groups involved at TU Delft are the Biomedical Electronics Group, the Electronic Instrumentation Laboratory, the Electronic Components, Technology and Materials Lab, Computer Engineering and the Fundamental Aspects of Materials and Energy group.

While Beethoven is a project, the founding fathers of Beethoven are already thinking of establishing a national Research Center on Electroceuticals, its mission being to become a leading entity and partner in research on, the development of and education in technology of advanced electroceuticals. A proper acronym for the center still needs to be found, but already now links have been established with UMC St. Radboud, UMCU, UMCG, U Twente and various SMEs and larger enterprises that wish to become active in the field.

If Beethoven would have been alive still, this probably would have sounded like music to his ears.

This entry was posted in Electronics, General, Music, Neurostimulation and Neuromodulation. Bookmark the permalink.

This website uses cookies to improve your experience while you navigate through the website. Out of these, the cookies that are categorized as necessary are stored on your browser as they are essential for the working of basic functionalities of the website. We also use third-party cookies that help us analyze and understand how you use this website. These cookies will be stored in your browser only with your consent. You also have the option to opt-out of these cookies. But opting out of some of these cookies may affect your browsing experience.
Necessary Always Enabled

Any cookies that may not be particularly necessary for the website to function and is used specifically to collect user personal data via analytics, ads, other embedded contents are termed as non-necessary cookies. It is mandatory to procure user consent prior to running these cookies on your website.